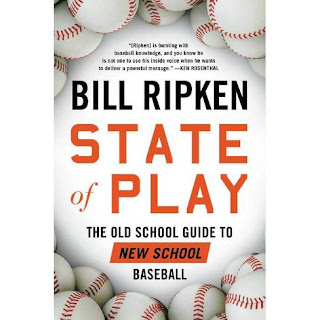 Both on this blog and in my current side gig as a contributor for BoSox Injection, I've written about how I consider myself an "old school" baseball guy. Even though I'm only forty and not some grizzled seventy year old who still pines for the days of no divisions (not that there's anything wrong with that), I do tend to skew more old fashioned when it comes to baseball. I don't mind many of the new analytics and advanced statistics in use since statistics have always been baseball's bread and butter. However, the over reliance of most teams on these numbers is something that has driven me and many others crazy; it's also led to many debates within the wider sport such that there's a "new school/old school" schism. Like every disagreement these days, it's become completely polarized to the point where each side looks at it as an all-or-nothing proposition: either get rid of all of the new stats, or use all of the new ones and completely get rid of all of the old stats.


As in real life, the truth usually lies somewhere in between the two extremes. That's why when I was approached and asked to review Bill Ripken's new book State of Play, I was very interested. For those who may be unaware, Ripken is a former major league second baseman and current analyst on MLB Network; he's also the younger brother of Hall of Famer Cal Ripken, Jr.  Once I read the subtitle "The Old School Guide to New School Baseball," I was sold. That tag is how I've always viewed myself: an old fashioned baseball guy who trusts what his eyes, gut, and experience tells him, but who also is receptive to a lot of the new analytic stats (mainly the ones that actually make sense). It seems as though Ripken and I (and I suspect countless others) are cut from the same cloth as that's the overarching premise of his book.


The book is broken into chapters that address specific topics relating to the current state of baseball as Ripken seems them. He starts first with some background on his father, Cal Ripken, Sr, who spent his entire career as a scout, coach, and manager with the Baltimore Orioles at both the minor and major league levels. After showing that the Ripken Way (as he calls it) is based on keeping things simple and relying on experience drawn over many years in the game, Ripken shows that even the so-called "old school" baseball people, both then and now, relied on statistics but didn't over rely on them. He then goes through most of the new statistics used today in the game, chapter by chapter, pointing out what he does or doesn't like about them, assessing if they make sense or not, and comparing them to the more traditional methods of quantifying or explaining what's happening in the game.

For the most part I really enjoyed State of Play. I agreed with Ripken on almost everything and learned a lot along the way, too. His takes on the new statistics were good and informative and whether you agree with what he's saying or not, he'll make you think in each and every case. He seems to have a bit of a vendetta against the analytics crowd and paints them mostly as people who never actually played the game (which is actually pretty accurate) and pits them against the "crusty old baseball men" (his words). As I stated above, he does a good job of trying to straddle the two worlds although it's clear that his heart is in the latter camp. There were only a few chapters where I thought the points he was trying to make were a bit of a stretch. I don't want to get into specifics because I don't want to ruin anything for potential readers, but I'd say 85-90% of the book was excellent with the remaining 10% comprising of some chapters that just didn't really go anywhere or struggled to make their points.

If you're a baseball junkie like I am, and especially if you find yourself split between the new and old schools, then you'll enjoy State of Play. I do wish Ripken went into a bit more depth in some of the chapters, but I also appreciate how he kept it simple and explained it well enough that it's accessible to anyone. State of Play was an enjoyable and interesting read that will make you think about where baseball has been, where it is, and where it's going as the struggle for supremacy between the new and old schools continues to rage within the game.