May 03, 2019
I love getting feedback. We all do, especially when it's positive. As anyone who has written a book will tell you, one of the most nerve-wracking moments in the life of an author is right after it's been released. It may seem counter intuitive, but for as thrilling and exciting as it is to finally see your book in print, it's also incredibly stressful knowing that now the rest of the world has the chance to read it. The scariest thing of all is getting feedback once it's been out long enough for people to digest it: will people like it? Hate it? Will they like your writing or think you're a hack? All of this runs through your mind and even though A Win For Every Stitch is my third book, I still had these fears when it was released in December.

However, in the same way that negative feedback can be hurtful (although beneficial from a learning standpoint), getting positive feedback about something you've written is one of the greatest feelings in the world. A Win For Every Stitch has been out for nearly five months now and I feel truly blessed that I have received nothing but positive feedback from readers who have purchased and read the book. While I have all 5-star reviews for the book on Amazon, I thought it would be fun to post some of the feedback I've been sent on social media because A) I enjoy speaking directly with my readers and B) it's a bit more personal and direct than Amazon.


(For the record, I've decided to block the names and profile photos of the people who sent me messages simply to protect their privacy. Even though they made no effort to hide their identities when they spoke with me online, I figured I would extend them the courtesy) 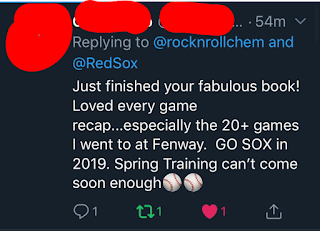 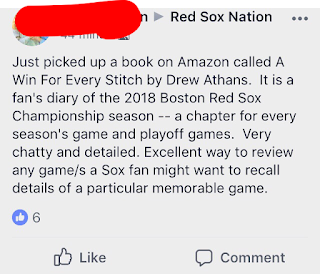 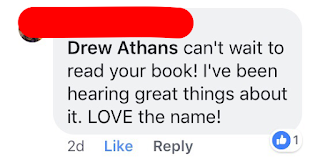 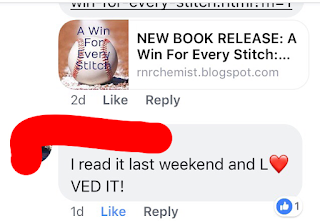 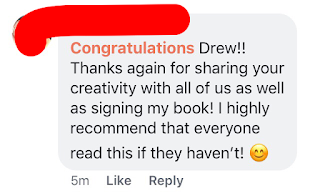 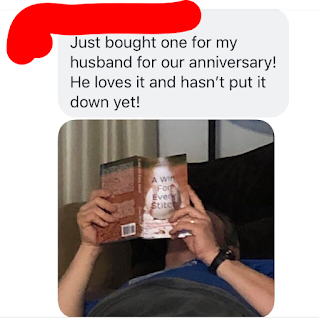 Once again, a heartfelt and sincere THANK YOU to everyone who has bought the book and enjoyed it. If you're interested in it and haven't gotten it yet, maybe these comments will sway you. If you like baseball (and especially the Red Sox), I know you'll love my book. And please keep the feedback coming, I really do appreciate it!

If you love the Red Sox as much as I do, you'll enjoy my book A Win For Every Stitch which chronicles their historic 2018 season from Opening Day to the end of the World Series. It's available as both a paperback and a Kindle ebook and it may even help take your mind off of how weird this season has been so far. Click below to check it out and read some reviews...every Sox fan will love it!