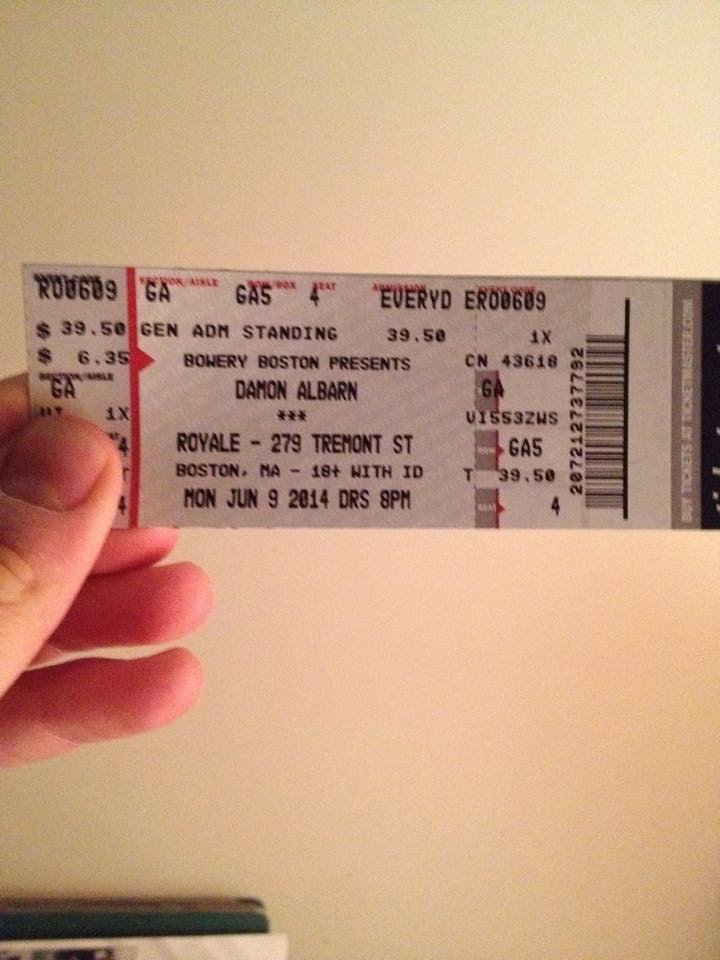 Look what arrived in the mail yesterday: my ticket to see Damon Albarn in Boston next month! I saw Damon with Blur in Boston in 2003 (at the now-defunct Avalon Ballroom) and I saw him with Gorillaz in Boston in 2010 (at Agannis Arena) so this completes the trilogy. Damon and his band the Heavy Seas are touring select East Coast cities in support of his just released solo album Everyday Robots. While the album is solid (I give it a solid 7/10 rating), by all accounts the live shows are fantastic. The new material translates better in a live setting and he's also playing obscure Blur, Gorillaz, and The Good The Bad and The Queen cuts...the set lists I've read online look fantastic.

Between this show and the Ringo concert I'm seeing six days after, it should be a great week in June!