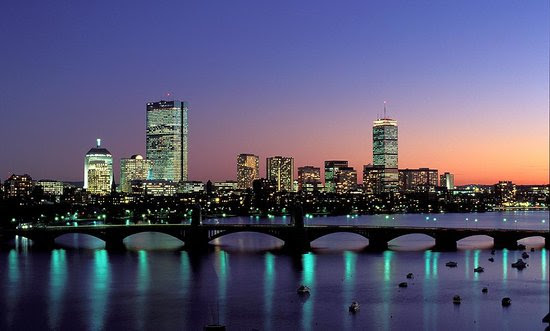 Today is a weird day for me, filled with conflicting emotions, since it's not only my youngest daughter's birthday, but it's also the 1 year anniversary of the Boston Marathon bombings, which rocked this region as well as the rest of the country on April 15, 2013.

The bombing and its immediate aftermath were just crazy...following it as it unfolded in real time was surreal and the ensuing rampage, shoot-outs, death of one of the bombers, and eventual capture of the other bomber after an unprecedented lockdown of the city and its suburbs was, again, surreal. For me, driving toward the city to work that week with the highways literally empty was one of the eeriest things I've ever experienced. We had no idea where the bombers were on the run to and where they might pop up next. It is a testament to the local and federal law enforcement for the great job they did in minimizing the loss of innocent life and property damage during the manhunt and for that we are ever grateful.

As a proud and lifelong New Englander, a dedicated runner myself, and someone who has worked in and around Boston for many years, it's hard for me to convey to anyone who is not from here just how shocking and crazy the events were last year as they were unfolding. As anyone else who lives here (or anyone who has come here as a tourist) can attest to, this is a very provincial (if not the MOST provincial) part of the country.  While Boston is one of the major cities in the US, we've always felt as though we were a bit immune from things like this. Even with New York City a mere 4 hours to the south, New Englanders have always felt that we were secure and safe tucked in up here in our little corner in the Northeasternmost part of the country. The senseless and depraved attacks at last year's marathon completely rocked that assumption and obliterated our sense of security, which of course pales in comparison to the physical, mental, and emotional toll the attacks took on the victims and their families. Hundreds of victims will never been the same, and the number stretches into the thousands when their family and friends are taken into account. In reality, none of us here in New England will ever be the same after the insane events of last April unfolded. In fact, with the trial of the surviving bomber still to take place, last year's wounds are still a long ways from being completely healed (metaphorically speaking).

However, what was great about the events of last year and every single day since then is how we as a region banded and bonded together to overcome what happened, and we've continued on more defiantly and stronger as a region than ever before.  New Englanders have always been tough bastards...you have to be to not only survive but thrive in the brutal winters, humid summers, and other distinctive things that make this one of the most unique parts of the country. Try as they might, the two bombing brothers and their sick and twisted schemes could not break the spirit or will of our great city, this great region, and we proud people who call it home. And of course, being as sports-crazy a region as we are, our teams played a huge role in the healing, from the Celtics and Bruins cancelling games, to the first Bruins game after the arrest of the surviving bomber when the crowd took over the singing of the National Anthem, from David Ortiz' speech before the Red Sox game on live TV ("This is OUR F**KING CITY!") to the Red Sox winning the World Series in October and dedicating it to New England and the marathon victims...our unique connection with our sports teams was a special way for the region to begin the healing process.

There is still a lot of healing to be done, not least of which by the victims who lost limbs, were irreversibly maimed and injured, and of course by the families of the unfortunate few who lost their lives.

The attack will live on eternally in history, but we bounced back stronger and tougher because those two cowards and their supporters had no idea who they were messing with.

Thanks for reading...I know this may not mean as much to those of you outside of New England, but I just wanted to take some time to reflect on this and hopefully share my thoughts and feelings with anyone else who may be reading this who happen to also be from New England.
Boston News opinion personal running